While the countdown for tomorrow’s “Silent Night” announcement is already running, a new Community Wrap-Up has been posted on the official page. It includes loads of new footage, some player impressions and new gameplay scenes.

As you might have heard, 15 The Division community members have been invited to Sweden to test the game and share their thoughts and opinions about it with the developers (many thanks again to Massive at this point!). Check out some of these cool agents in the video below and if you are interested in our short gameplay breakdown, just scroll down a bit for an in-depth look at certain parts of the game.

The November Q&A featured the new skill menu and revealed a few new skills at the same time, like the “Riot Shield” skill. This is the first time we see that shield in action and it looks cooler than expected. The skill allows you to carry a ballistic shield and your sidearm simultaneously, so that you can still shoot at enemies while pulling aggro of them. Perfect for tanks when playing in a group! 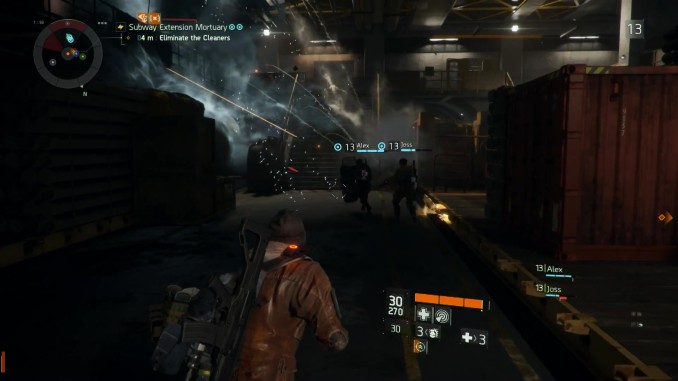 The Xbox One alpha testers among us have already seen the new “mega map”. It looks quite similar to the one which was shown in previous trailers and the feeling seems to be almost the same. An integrated GPS, which you can toggle on or off, helps you to find your new mission targets and collectibles are also marked on it. 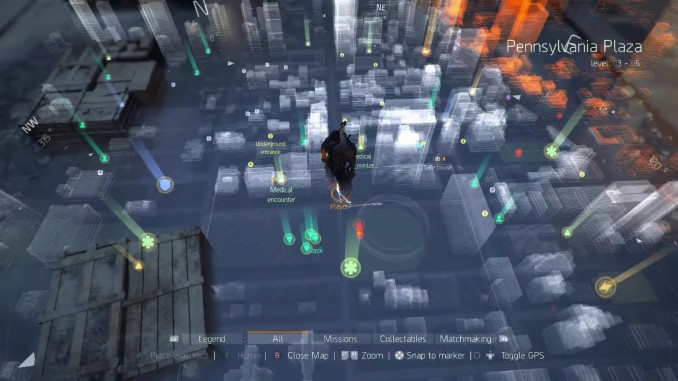 They might be a bit hard to notice in the first screenshot below, but they exist, as we already know from the E3 2015 gameplay walkthrough, where the player was burning because of an incendiary grenade. The debuff status was noticeable due to a small orange flame icon right next to the character.

But also enemies can be inflicted with debuffs when using skills or throwing different kind of grenades at them. Enemies hit by a smoke grenade would probably lose vision on you, which makes it easier to get closer, or to escape.

Leveling in the Dark Zone

The 4th screenshot in the set above shows and confirms, that you will gain character level XP (orange) as well as Dark Zone XP (violet) when you kill NPCs or other players in the Dark Zone. This probably also happens when you complete an extraction or a mission inside this area.