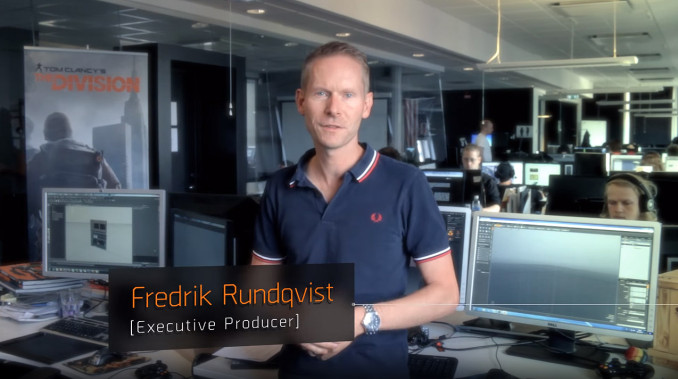 The game’s release is only 4 months away and according to the Swedish magazine 8till5, Executive Producer Fredrik Rundqvist, who for example announced the game’s release for PC, leaves Massive Entertainment for a new job as Chief Technology Officer at CDON, a Swedish E-Commerce company with focus on movies, music, video games books and other consumer electronics.

Eight years is almost gold watch now-a-days, it felt quite right to try something new. My basic interest is the digital migration and to work with solutions that improve the experience for consumers…Fredrik Rundqvist – translated with Bing

Rundqvist has worked at Massive for around 8 years and was heavily involved in the development process of Tom Clancy’s The Division, but he’s not worried about the game’s release on March 8th, 2016.

We are several hundred who have been working with the game and the content is clear. It now remains for technical optimization and to fix bugs. In this phase of a game’s production cycle, many leading figures that are no longer needed and they will get by just fine without me.Fredrik Rundqvist – translated with Bing

So far so good. It’s always interesting to see what’s going on behind the scenes in the gaming industry and this staff change will definitely not cause any delay!

We wish you good luck and success in the future, Mr. Rundqvist!

A reddit user named “td-dev-throwaway”, who’s apparently one of the developers (which is indeed not confirmed), has posted a statement/additional info about Rundqvist’s job change.

The official stance of Ubisoft is to not say anything, about anything, ever.

But I feel we owe it to users in the sake of transparency, and to quell fears, to be as transparent as possible.

Fredrik Rundqvist has indeed left Massive, however it’s not because he was forced out, or because he doesn’t like his creation.

It’s rather simply that he was “finished” with creating his components of the game, and did not want to be sucked in to the next game…td-dev-throwaway

Discuss in Forum Leave us a comment below
« Ubisoft Christmas Sale With Guaranteed The Division Closed Beta Access » The Division Awakens Wallpaper: December 2015