That’s probably the last podcast we have got before holidays kick in and the information blast in the real 7th episode is huge! Hamish Bode talks with the Game Designers Matthieu Desisle and Marcus Rosengren to find out more about loot, gear and character customization in general.

First of all you probably want to find a good gun that suits your play style best, but not only a gun, also good gear. There might be times when you have to adapt your play style to the current equipped gear, but your goal should be to get the best possible in slot items so that you can actually decide, how you want to play.

Your overall damage consists of around 60% damage of your gun and 40% comes from your gear. Certain gear bonuses boost your firearms capability and also weapon type specific bonuses (e.g. for the pistol) on certain gear items with for example critical hit chance can boost the damage output.

Moreover the character has 3 different main attributes which will be reflected in some way on your gear and could probably be needed for special builds or combinations. These attributes are

The skill power defines how good your skills are working in the field. Your pulse skill could go further and last longer, your ballistic shield could take more damage before it breaks or your seeker mine could deal more damage. These and more are defined through this value.

The synergy between weapons and gear can be easily illustrated by a more tank and support focused build which uses the ballistic shield skill. We already know that while this skill is active, you can only shoot with your sidearm that has infinite ammo.

Unless you decide to be not just a big bullet sponge with thousands of health points (which would be totally eligible though), you will have to focus on pistol oriented gear to deal a good amount of damage. But there is more than just damage modifiers. You can also look for bonuses that improve your character’s defense like resistance to certain effect types.

Furthermore all gear slots are themed and serve a special purpose. Knee pads for example cover the survivability aspect and backpacks are more skill themed – they can have a skill bonus. Also mentionable is the look of your backpack. The appearance of it will change as soon as you activate or equip a certain skill like the turret we have seen in one of the previous Q&As or in this short teaser.

Weapons can have so called weapon unlockables that allow you to customize your whole build even more. These unlockable abilities have nothing to do with the character’s abilities at first, but work like talents. They get activated when a special action is triggered. Examples are

and there are a bunch more of them. They make also use of the 3 main attributes and can sometimes depend on them. Imagine the countless amount of combination possibilities.

and also the item’s level plays a role in how valuable it finally is. A level 5 protective west could have a bonus of 3% weapon dmg., while the same on level 10 could have 5%.

There are 5 different item qualities in The Division, which you can find in the game and while it requires a certain level to find certain qualities, you will find better stuff during your game progression.

Besides normal items like gear parts or weapons, there are so called vanity items. These are not based on the aforementioned qualities because they have no stats.

When it comes to end game, legendaries are the BIS (best in slot) items with the best/most bonuses as well as attributes on it. It should be one of your goals to get these later in the game and you will probably find the one or other during your journey.

Legendaries wouldn’t be special if they have no special attributes/bonuses, what they will definitely have and also named ones could probably be found throughout the game.

Due to the outbreak of the virus, the game world in The Division is scattered with contaminated areas. There are 1-4 different levels of contamination that will make your life harder and might prevent you from exploring these areas. 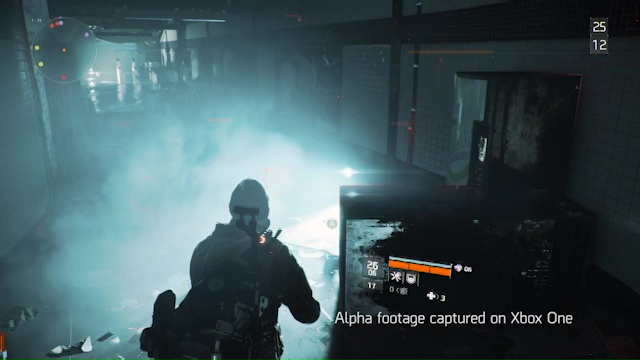 Based on each level, you will need a certain amount of gas mask filters (small icon next to the blue bar) to stay alive while you are in there, because if you don’t manage to leave it within 10 seconds, you are done and will respawn in a safe distance. Nevertheless if you have equipped a gas mask, you can at least enter the zone with contamination level 1.

Discuss in Forum Leave us a comment below
« The Division Awakens Wallpaper: December 2015 » The Division Facebook Page Has Reached 1,000,000 Likes