Update: Was Brooklyn Mentioned too Early?

Not long ago we have reported that the most populous borough of New York City, namely Brooklyn, will be a playable location in Tom Clancy’s The Division – at least parts of it. Now it seems that this information is either wrong, or it wasn’t the right time to announce it, because the initial Ubisoft blog post has been updated. Furthermore it wasn’t the first time that something like this happened. 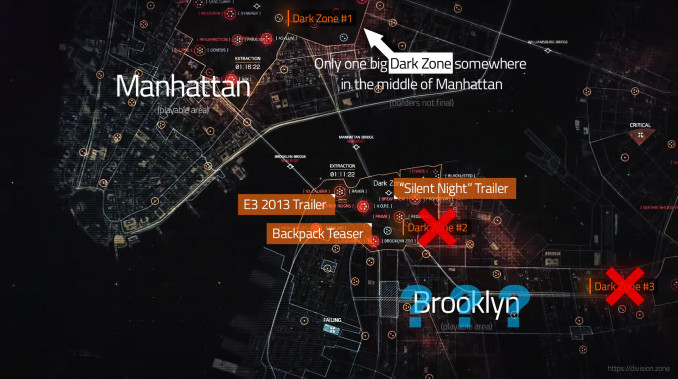 At last years E3 2015, the The Division Collector’s Edition aka Sleeper Agent Edition was announced and if you can still remember, we had tweeted some info about it just a few days before the event started.

We were able to do this because the French Ubisoft Twitter channel (@UbisoftFR) had revealed the full packshot, including the name and smartwatch of this edition. They have removed the tweet within an hour as soon as people started to recognize it – because it obviously was supposed to be announced during E3 and not earlier.

@Boomslangg_ Hey, was initially tweeted by @UbisoftFR, but they already deleted it. Don’t want to spoil its name, but the box was kinda big!

Now they have done something similar by changing the wording in their recently published blog post, meaning that the word Brooklyn has been removed like you can see in the quote below.

Nobody knows why, but apparently the guys from Ubisoft France know a lot more than other channels do, or just cannot wait to reveal new infos about the game. However this doesn’t mean that it’s gone forever, because a lot of stuff and environments are already there and were already shown in previous gameplay videos.

Whether it will make it into the final game or not, or will be shipped later as part of the Season Pass or another DLC – Manhattan alone is big enough to spend dozens of hours in the game, so we are looking forwarding to the upcoming The Division beta on PC, Xbox One and PS4!

Discuss in Forum Leave us a comment below
« Cash Contagion: What’s the Infection Risk of Your Banknote? » New Humble Weekly Bundle: Tom Clancy Encore & The Division