According to Ubisoft’s Uplay mobile app and Ubisoft Club page, the Tom Clancy’s The Division Closed Beta will start in January 2016 on PC, Xbox One and PlayStation 4. This means that it will go live either next week or in 2 weeks at latest. Nevertheless a final beta start date hasn’t been confirmed yet.

Take part in the Tom Clancy’s The Division Closed BETA in January 2016! 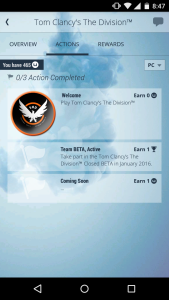 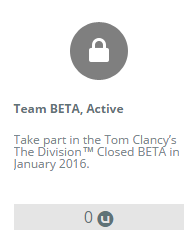 If you haven’t pre-ordered yet and don’t know which version to get, have a look at our overview page, or participate in our beta code giveaway on Twitter.

We have reached 1.6k followers on Twitter! RT + FOLLOW for a chance to win a #TheDivision beta code! pic.twitter.com/OTo6BU23WD