Yesterday was the first time the The Division developers have talked about the information and analysis they have gained during and after the alpha test which was held in December 2015. This was wrapped up in a podcast episode (#8) and live broadcast on Twitch.

The Community Developers Hamish Bode (Host) and Yannick Banchereau sat together with Kévin Goyon, Associate Live Producer and Mathias Karlson, Lead Game Designer, to speak about the purpose of the alpha test and how it helped them to improve the overall gaming experience.

First and foremost the game’s alpha test was a technical test to perform load and stress tests on their dedicated server structure. Beginning with normal system and response time checks, they went over to manually turn off core servers so that people should get rerouted through several load balancing servers to other game servers in completely different regions/data centers in The Division’s network architecture.

They have primarily tested this functionality with gamers located in the US, who got for example rerouted to servers in Europe and it worked out quite fine for them, although some of them might have experienced higher pings during that time, which is totally ok if you are still able to play the game.

Unlike other games this feature allows players to continue their experience, even when their local region servers are down!

The communication with and feedback from the community is essential for the developers to be able to analyze as much data as they can. By providing feedback threads and surveys about different topics they ensured that no content was left out to test. An overpowered shotgun for example caused some players out there quite a headache. This one and probably others have been nerfed, although and surprisingly the shotgun wasn’t the players’ first weapon of choice.

Players also tended to – after they had spent some time in the Dark Zone – keep their gear rather than losing it or becoming a Rogue Agent to get someone else’s gear.

What Things Are New?

Because of the players’ feedback and besides a lot of balancing changes, skills, weapons (like the aforementioned shotgun) and other things have been changed and revamped during/after the test phase. 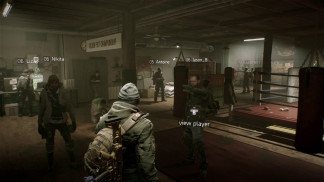 Furthermore the highly discussed proximity voice chat has been implemented and will be available on PC and PlayStation 4 in the beta, while the version for Xbox One is still in development and will follow soon.

The time to extract in the Dark Zone seemed to be too long and is now shorter than the original 90 seconds and multiple entrances offer players more diversity in choosing their preferred location to enter. Moreover it prevents excessive camping in front of these spots inside the zone.

Landmarks are predictable areas for good items and tough enemies that are discovered on proximity and marked in your map by a small blue loup icon.

Additionally random daily ingame events will be hosted during the beta so that people have new things to do every day.

Last but not least there will be no NDA in the upcoming closed beta for content creators or gamers who just want to share their experiences in public forums. More about this can be found here.

« The Division Beta Starts January 28th on Xbox One first, followed by PS4 and PC on the 29th » Tom Clancy’s The Division Will Not Include Brooklyn, Queens, Bronx and Staten Island & Final Map Size Revealed