The Tom Clancy’s The Division Community Intelligence page is in the spotlight again, but this time it’s for its rewards you can earn when you become an active agent on the hub. For all who have never heard of it before:

It’s an interactive website dedicated to enhancing knowledge and information sharing among you.

Unfortunately it still doesn’t work for people in the US and is currently only available for gamers in EMEA (Europe, the Middle East and Africa) territories. An official statement about this issue can be found in the Ubisoft forums.

Apparently the Community Intelligence Rewards seem to be distributed at the moment of writing, especially the Hunter Pack DLC. People are already reporting about an error while redeeming the code, saying “An error occurred during the registration process. Please try again later “.

This error probably occurs due to the high amount of requests that is currently send to the registration servers, so give Ubisoft some time or be patient a little bit until you can get this outfit!

The purpose of this platform is to share and gain information about The Division. An integrated leaderboard based on a point system should motivate people out there to join discussions and post new content. Furthermore special ranks, badges as well as real life and in-game rewards can be obtained.

The way you can earn points is quite simple and if you know the for the game created sub-reddit/r/thedivision, the CI will probably feel like a second home for you. You could for example participate in the semimonthly Agent Reports, which are polls that help the devs gathering more information about specific topics, or 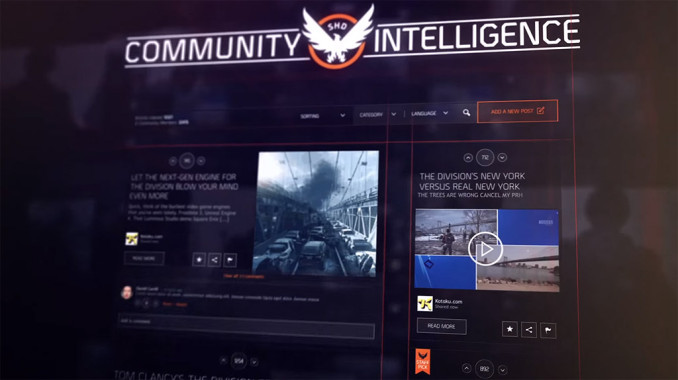 By getting more and more points you will achieve higher ranks such as “Sleeping Cell”, “CI Agent” or “CI Elite Agent”, which is the highest of all of them.

In addition to these ranks, badges can be earned by completing certain actions on the hub page itself. This can be for example a simple login with a mobile device or a new post that receives no reactions at all.

Last but not least you could get rewarded for things you are doing on the hub. 5 of these rewards have been picked out and are listed below, while the full list of rewards is much longer and includes things like goodie packs, Uplay shop discounts and so on. 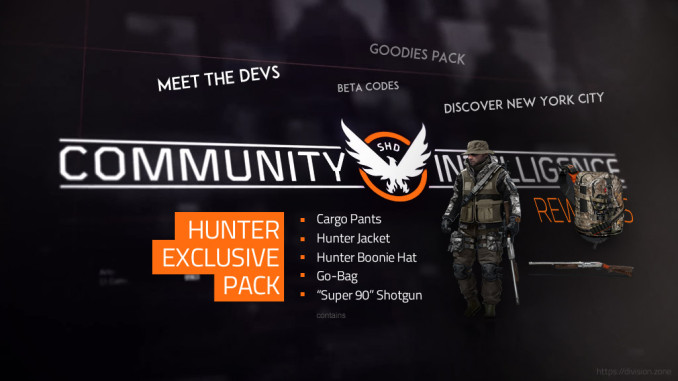