Update: No Microtransactions, But Purchasable Vanity Items & No Pay2Win in The Division

The confusion about microtransactions in Tom Clancy’s The Division has been clarified surprisingly fast, as Eurogamer wanted to know more details about the current situation and has already received an official statement from Ubisoft regarding this topic.

Magnus’s statement is correct, there will be no microtransactions at all. Not even for vanity items. Vanity items will be sold as DLC, through the regular first-party stores.Ubisoft

So what does that mean exactly? Let’s skip the discussion that, per definition, microtransactions are a way for players to buy virtual goods via micropayments and in this regard consist of downloadable content (DLC). So a single skin (vanity item) or gear set would totally fit into that scheme, however Ubisoft doesn’t want to use that particular term.

Nevertheless there will be no microtransactions in Tom Clancy’s The Division. 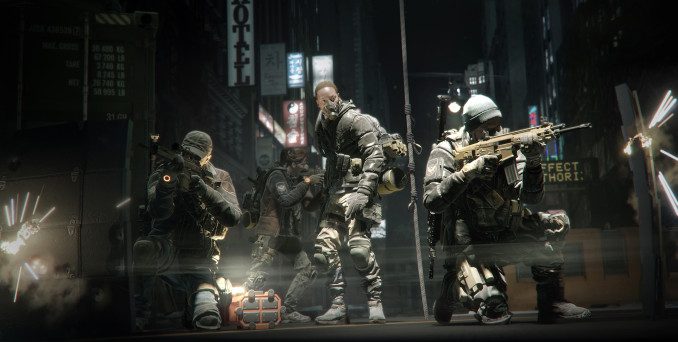 That brings us to the conclusion that these vanity/cosmetic items could be obtained through either skin packs or DLC packs in the store as Ubisoft is already offering them for other games like Splinter Cell and Assassin’s Creed. Moreover, The Division will be completely free of purchasable content that would give players an advantage over other players, as Creative Director Magnus Jansén told Eurogamer in a previous interview.

It’s definitely just the one – the DLC … I don’t know if there’s a globally agreed definition of the word microtransactions, but you don’t pay to win or advance or anything like that. We have DLC plans – which we’re not talking about now – and obviously you’ll pay for that, but in addition to that there’s no microtransactions, as I define them.Magnus Jansén, Creative Director

In short and when it comes to character related stuff, you can only buy things that change your agent’s appearance, but no boosts, which is perfect. Additional post-launch content is already planned and we are excited for The Division’s Season Pass content!