An Update About The Division’s Matchmaking System

Matchmaking is one of the most debated topics when it comes to co-op gaming. It’s not a secret that gamers don’t want to spend too much time on looking for teammates and waiting in halfheartedly developed lobbies before they can join a game, just to get kicked in the ass and being matched with people that don’t like each other in the next moment. 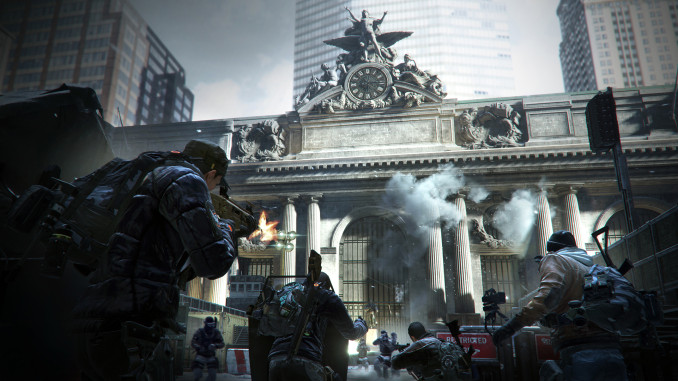 Therefore game developers have to think about new ways of bringing us gamers together – without having to fear that you have spent more time in the lobby than in the actual game itself.

It was back in August 2014 when former Executive Producer Fredrik Rundqvist told the Examiner in an interview for the first time, what we can expect from the matchmaking system in Tom Clancy’s The Division. “A very specific formula”, as Ubisoft said, should make it easy to find other players.

We take a lot more data into account when doing the matchmaking. It’s not only about the level of your progression or your skill level, we’re also looking at where do you want to be in the game and what do you like to do. I think it’s going to be a really great matchmaking system. Player reputation will also be taken into account.Fredrik Rundqvist, Executive Producer

One and a half year later the Examiner got another chance to talk with Creative Director Magnus Jansén about this particular topic and apparently, things have changed! While demographic matchmaking seems to be not part of the algorithm anymore, the developers put their main focus on ping and proximity, while timezones and other behavioral factors also play a role in finding the right teammates. Probably the best of all those features is the system’s seamless integration between the PvE and Dark Zone.

We try to sort out [players] being close to your language and time zone. [If you put people together] in different time zones, then they’re going to go to bed at different points. Really, it’s all about the ping and the proximity that is giving us the best results.Magnus Jansén, Creative Director

Then there are some behavioral [factors], like what type of a player are you? But we are going to wait and see with that, I’ll be purposefully vague on that in terms of the details that you mentioned because I think initially, we are going to try and find you a good and close player.Magnus Jansén, Creative Director

What about you? Do you care about matchmaking systems or rather prefer to team up with friends and people you already know?