The Tom Clancy’s The Division closed beta officially ended a few hours ago, which means that we have to wait another 35 days until we can play the full game again.

But a new rumor, which is based on an already deleted post on the Italian Xbox Facebook page, says that we will be able to play the game sooner than expected, namely in form of an open beta test in February, from the 16th to 21st. 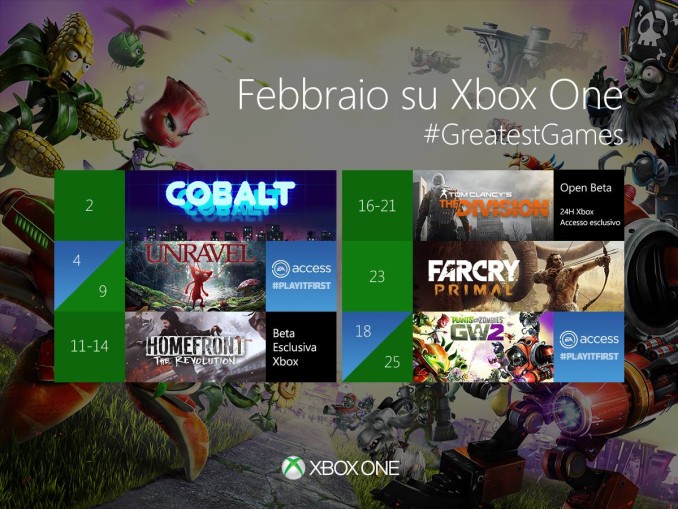 Although Eurogamer has tried to contact Ubisoft for an official confirmation about this, we’ll most likely know in the upcoming days whether it’s true, or not. Just as for the closed beta, the image shows that players on Xbox One would be able to play it 24 hours earlier than players on PC and PS4 again.

The infrastructure is already there, they have proven that they can host this kind of test phases with almost no stability issues, so why shouldn’t there be another one for much more data to evaluate before the game comes out on March 8th, 2016?

Hopefully without the cheating problems and game breaking glitches discovered in the closed beta though. The developers are aware of them and are already working on fixes, as it’s written in an official statement in the Ubisoft forums.

We are aware of the cheating issues in the Closed Beta on PC. The team is fully committed to providing solutions against this and a system will be in place to ensure a fair experience for players when the game is released.