The Division’s closed beta has proven how good the game can look, not only on PC, but also on both consoles. The different color schemes and settings at day and night as well as the noticeable differences between the PvE and Dark Zone are brilliant. It’s not only the graphics that bring light into the dark though! 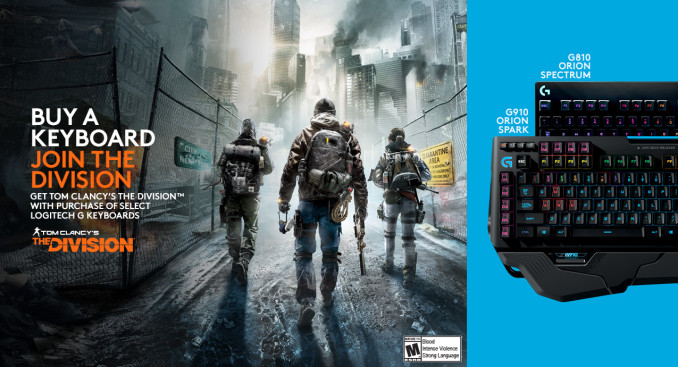 One of the exclusive PC features is the support of LED keyboards, which means that you could for example bind certain game actions to certain keys or get informed by flashing lights when your health is low or teammate is down.

Logitech is one of the first that actively promotes its G series by bundling their RGB mechanical keyboards Logitech G810 Orion Spectrum and Logitech G910 Orion Spark with a free copy of Tom Clancy’s The Division.

Have you ever wondered what each color of the damage numbers that pop up around the enemy’s character model and next to your crosshair mean when you hit them? Well here’s the answer, covered once again by one of Arekkz’s videos.

The closed beta gave us a small glimpse of what types of vanity items we can find in the full game to change the appearance of our characters and weapons. While skins for gear items dropped at a regular basis and were obtainable by helping out civilians, people had a hard time to find even a single skin for one of their weapons.

According to Community Developer Yannick Banchereau there will be a NPC vendor in the final game that will sell weapon skins. This was said during his livestream session on Twitch (06:21:15). But lets just think about the possibility of such a vendor before calling it confirmed.

Apparently weapon skins are not going to drop anymore, because they are so rare … there is actually gonna be a vendor.Yannick Banchereau, Community Developer

While we don’t know if this vendor(s?) would also sell cosmetic items for your gear, it could be another option to customize your character’s look while keeping the frustration level low. However these skins or good looking skins shouldn’t be obtainable too easy as also finding just a new skin could be a big and motivational part of the endgame.

Discuss in Forum Leave us a comment below
« Last Man Battalion: First Details About the 4th Enemy Faction in The Division » Interesting Interview Reveals Details About Storytelling and Endgame