A new interview from SA Gamer with Creative Director Julian Gerighty reveals some new information about how The Division’s story is told and what we can expect from its endgame.

If you don’t know yet, the game is based on a bio-terrorist attack simulation called Operation Dark Winter, which took place under real conditions in the US. Moreover the presidential arrangement from 2007 – Directive51, also plays a role in the narrative of The Division and this is the point where the fictional Strategic Homeland Division comes into play.

That makes this [The Division] the first  Clancy game where the hero isn’t a super soldier or a trained operative. This is a person that has exceptional skills.Julian Gerighty, Creative Director

The player’s character is mute, so we won’t be able to hear him/her speaking during our journey, while the game follows a complete non-linear approach of telling the story in an open world in Midtown Manhattan. To achieve this, they “split the campaign into 3 main story-threads” Gerighty said in the interview – the beginning, middle and ending.

Every mission you complete will correspond to one of these threads and can be seen as one piece of the whole puzzle. However, after completing a final mission you will get an extra-perspective on the whole thing that wraps up the story with parts that might have not been covered in such detail during your campaign walkthrough. 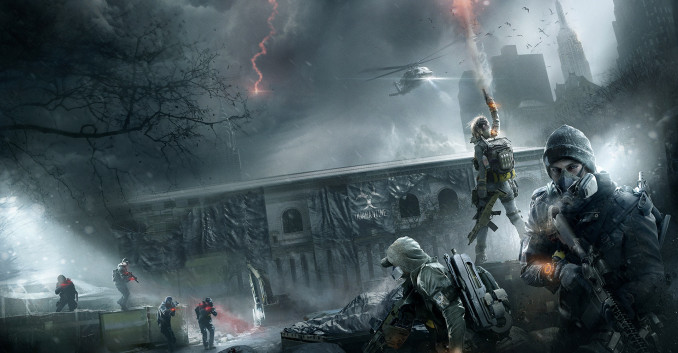 The game will not stop at this point, or when you hit the maximum level cap of 30 though, because in its heart, The Division is still a true RPG with third-person shooter mechanics, abilities system, items, crafting and much more. Improving your character’s gear will suddenly become the ultimative main goal then.

There is still plenty to explore and the Base of Operations‘ wings will have the one or other upgrade left to unlock, but besides that every mission is replayable in 3 difficulty levels, namely Normal, Hard and Challenge mode – to get more XP as well as better rewards. Either alone, or in a fireteam of up to 4 players.

With the Dark Zone as the enabled PvP-area in mind, it will also provide a completely different experience to its PvE-only counterpart. Also continuous free post-launch updates will contribute to the whole endgame scenario, not to forget the already announced The Division Season Pass.

While we still expect something else to be released in regard to the endgame, like integrated raids or other group content activities, the game is on the best way to fulfill our needs.

Credits to The Division Agents for finding the video.