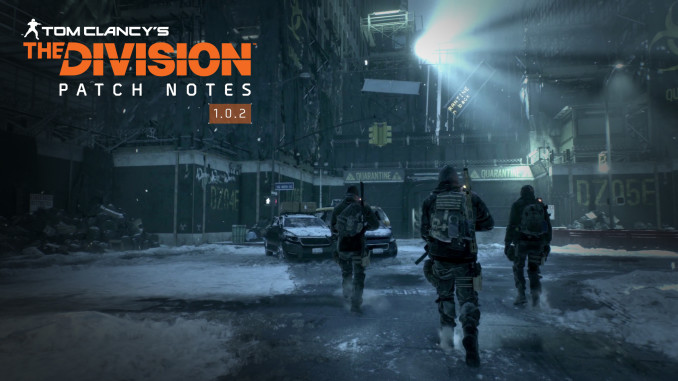 The The Division servers will shut down tomorrow for another scheduled maintenance. Exact date and time is Tuesday, March 22 at 09:00 AM CET, 04:00 AM EDT, 1:00 AM PDT. The estimated downtime is again 3 hours, but what you can expect are massive gameplay improvements as well as balancing changes of the Rogue System in the Dark Zone due to the deployment of patch v1.0.2.

Most significant changes are that players are now able heal each other in the Dark Zone, fast travel to Dark Zone checkpoints from the PvE Zone, increased drop rate of items.

Moreover the Rogue System will receive the already announced update in this patch, which means that you will earn more DZ Funds and DZ Rank XP when surviving as a Rogue Agent or killing other Rogue Agents and will lose less of those when dying when Rogue. Besides that, dead Rogue Agents will also drop ammo, medkits and grenades, which are randomly generated and do not affect the dead player’s inventory at all.

The patch size will be 2.3 to 3 GB, depending on the platform you are playing on.

Find the full list of patch notes for version 1.0.2 below.