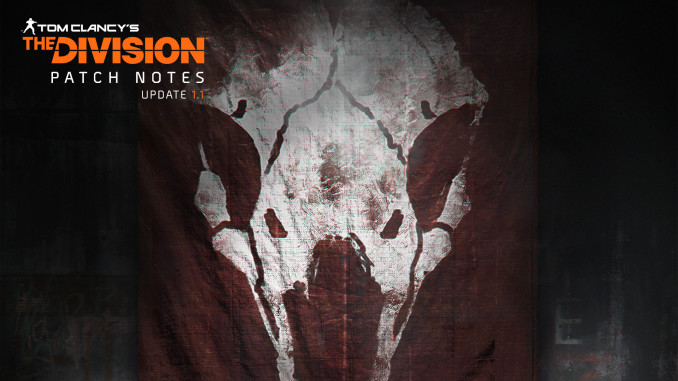 Only one week left until we can enjoy the new update 1.1, which brings Incursions, Supply Drops, new Gear Sets and more. Besides the already announced features during a Special Report last week, the patch notes for this update reveal some other things like noticeable changes in crafting new items and that the developers were able to fix a lot of bugs (which should also resolve the lock-out problem of players).

Let’s go right into them where we have picked out the most essential ones, but you can also find the full list of changes further down below.

As recently confirmed, also Gear Sets and other new items will find their ways into this update, for example the following 3 new High-End weapons.

While costs for converting crafting materials and crafting High-End items will be heavily increased, there will also be a changed deconstruction yield of Standard (Green) and High-End (Gold) items. Especially the increased materials costs seem to be very high when first looking at them, but the difference of only 2 High-End (Gold) materials when talking about the endgame isn’t that big at all.

Climbing the DZ Rank ladder for getting access to new items and blueprints can be frustrating sometimes and moreover, what’s the purpose of having a higher rank than 50? The developers have not only lowered the Rank requirements for the items below

, but also added a new Dark Zone bracket for characters with a Gear Score of 160+.

Gear Score will replace the item level classification of items higher than item level (ilvl) 30 – so for 31 and the new coming ilvl 32. Furthermore new items can be acquired at higher Dark Zone Ranks so that it also makes sense in the future to keep up grinding XP in the Dark Zone.

If you haven’t watched today’s State of the Game stream on Twitch yet, you can do this by following this link. Stay tuned for more information about Incursions coming this week.