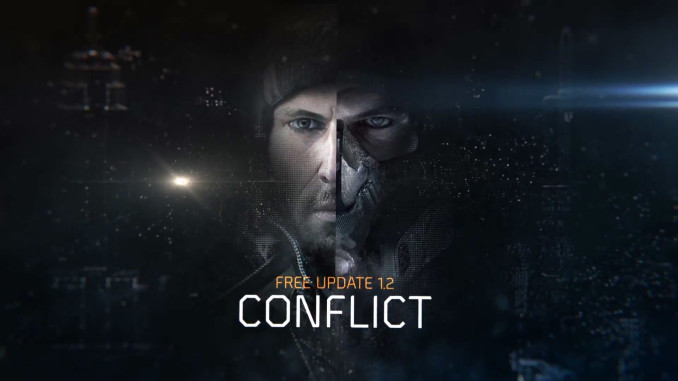 The second and also free content update 1.2 called “Conflict” for Tom Clancy’s The Division is coming soon, so soon that it will already go live next Tuesday, on May 24th.

Besides increasing the drop rate of High-End loot and Gear Sets and a new Dark Zone bracket as you can read here, a new trailer shows much more insight of what this update contains and features things like the new Incursion, 4 new Gear Sets, new weapons as well as the Search and Destroy missions.

The originally named second Incursion “Broken Circle” is now called “Clear Sky”. The Rikers have stolen a SAM System (Surface-to-Air Missile) and have set up their base in the iconic Columbus Circle, a heavily trafficked intersection in Manhattan.

They are now in control of Manhattan’s airspace and in possession of the SHD Supply Drops. You will have to take the area back and defeat this group of convicts.

Clear Sky will feature a checkpoint after the first encounter – pretty much like Falcon Lost does. Keep in mind though that all Incursions are designed for 4 player groups. While you can also play them alone or with less than four players, enemies will still be scaled for four players.

On Challenging you will be rewarded with 204 High-End items and 240 Gear Set pieces every time you complete the Incursion, as well as double rewards once a week.

“Conflict” will also bring us 4 new Gear Sets and 4 new High-End Named Weapons. As said in an earlier post, these sets focus on the use of certain weapons to increase their effects.

Don’t trust anyone, especially when you are going for an extraction of some new and shiny items, because with the upcoming update, agents will be able to cut the extracting helicopter’s rope in order to loot your items. What does that mean?

As soon as somebody cuts the rope, this agent will go Rogue. Furthermore, the contaminated item bags that were hanging on that rope will fall to the ground, which actually means that you would have to defend that loot again.

The feature itself is pretty cool and will definitely provide a new level of excitement and tension when extracting, however this is the end for short stays at extraction points as you better stay there and protect the bag until your loot is secured.

When hearing Search and Destroy, good old times come into my mind. Maybe The Division will be part of those in the future as these Search and Destroy missions promise interesting daily activities, which will reward you with intel – so called Target Intel – to locate High Value Targets (HVTs).

These missions can be accepted in Safe Houses of named zones once all side missions and encounters have been completed. They will lead you to locations where groups of enemies are waiting for you. 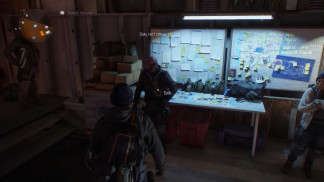 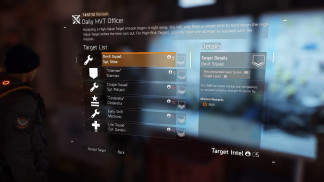 High Value Targets are dangerous faction leaders. They pose a threat to the society and need to be stopped. By collecting enough Target Intel by completing Search and Destroy missions, you can then talk to a designated HVT officer.

These bounty contracts are available on a daily and weekly basis and some of them might even require a group to succeed. A given Gear Score will inform you about the level of risk you will face when trying to eliminate them. Talking about risk, additional High-Risk Targets don’t allow you to fail as you have only one attempt.

In addition to the introduction of a new Dark Zone bracket, Named Enemies will have a chance to drop Sealed Caches. Sealed Caches contain mystery items which include

These items are contaminated and have therefore to be extracted before you can equip them.

In case we have missed something in our summary above, check out the following image which shows what content will be including in the next update. 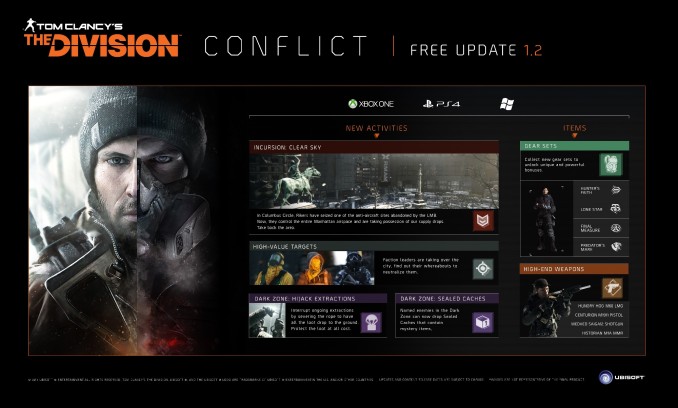