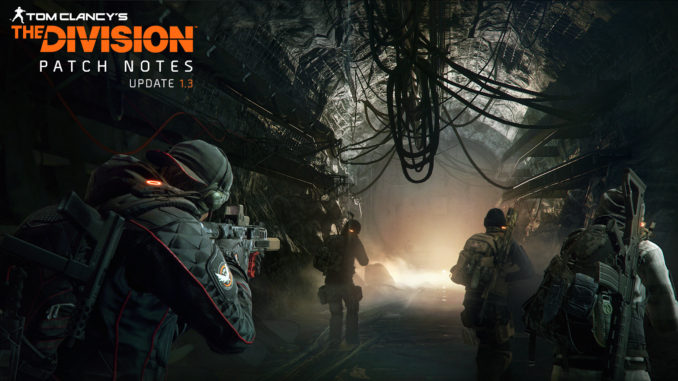 The first out of three major expansions for Tom Clancy’s The Division named “Underground” will go live in less than 24 hours for players on Xbox One and PC. Not only Season Pass owners will receive an update, also players who might want to get some reviews first will get lots of new content, including new weapons as part of the weapon balancing, a new Gear Set, DZ Bracket for agents with a Gear Score 231+ and much more.

We will probably publish a more detailed article (it’s here) about the major changes once the Special Report is over.

Please note that you must own the Underground DLC to gain access to this content. This is available on June 28 for Xbox One and PC, and August 2 for PlayStation 4.

The following content, changes, and bug fixes are available for Xbox One and PC players on June 28th. Unfortunately this patch has been delayed on PlayStation 4. Expect more information soon.

Base of Operations Extension

These changes only impact weapons acquired after Update 1.3 unless stated otherwise.

Discuss in Forum Leave us a comment below
« The Division State of the Game: June 23rd, 2016 » The Division Update 1.3 “Underground” – All You Need to Know