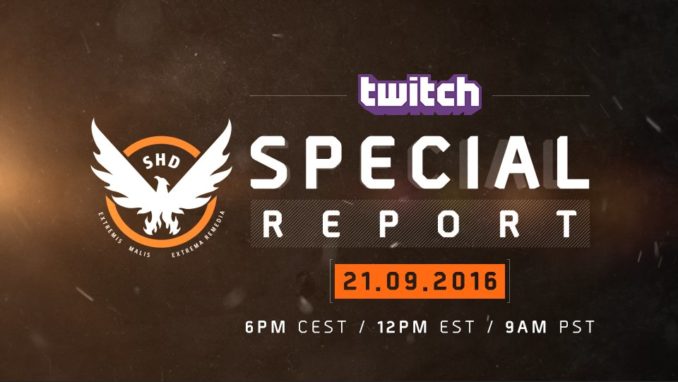 Yesterday’s internal PTS build test was obviously successful which why the developers of The Division have announced today that the Public Test Server will go live this week after the usual server maintenance downtime on Thursday. Before that, we are getting to see a small preview of the upcoming patch in another Special Report tomorrow.

A new Special Report about Update 1.4 will be hosted and streamed tomorrow Wednesday, September 21st live on Twitch at 6 PM CEST | 12 PM EST | 9 AM PST. They will give us a glimpse of what expects us in this first early build on the PTS, including a gameplay preview of its current state. 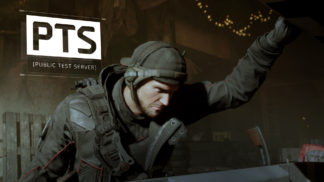 The PTS will be available as soon as the weekly server maintenance on Thursday, September 22nd is over. This means that, in case you are a PC player and have applied for the Elite Task Force, you will be able to participate in the technical test starting this day at 12 AM CEST | 6 AM EST | 3 AM PST.

All others PC players will have to wait until next Monday, September 26th. Players on PlayStation 4 and Xbox One won’t be able to participate at the moment, which might change in the future. Here’s the official FAQ for the PTS.

According to a user of The Division’s subreddit who was watching today’s developer live stream, this public test will be seperated into 3 steps.

In this first week of testing, you will get a “fresh level 30” character with only Superior (purple) items equipped to test the leveling up experience from Gear Score 0-160 in World Tier 1+.

Once this first test is over, you will be able to play in all World Tiers (1-4) with your own characters that will get carried over from the live servers.

Free items will be given out in the last phase, including weapons and Gear Sets to experiment and play around with new builds, min/maxing and other stuff.

« The Division Update 1.4: Introducing World Tiers; Time to Kill & Difficulty Scaling Comparisons » 10+ Changes that are Confirmed so far for The Division’s Update 1.4