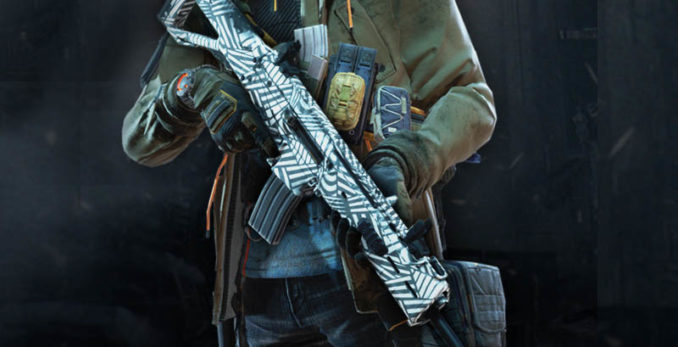 New achievements and an exclusive zebra-like Ubisoft Club Weapon Skin have been added during today’s maintenance and the deployment of The Division’s latest Update 1.5/second major expansion “Survival”.

The following reward is available to everyone and can be unlocked in your Ubisoft Club account. Once done, you can go to the Rewards Claim Vendor in your Base of Operations to get the new in-game content.

Players on PS4 will get it when 1.5 goes live (probably next week Tuesday).

The following 5 Uplay Actions can be found in your Uplay client under the Actions/DLC Progress tab and are worth a couple of XP and Uplay Units.

Update: These Actions are now also real achievements on Xbox One (worth 150 Gamerscore points) and will most likely become trophies for PS4 once Survival drops on December 20th.

The full list of achievements/trophies can be found here.