Update 1.6 will address the balancing in the Dark Zone and The Division’s PvP mode as well as introduce a new feature, namely DZ Leaderboards. Also ETF Bravo will head over to the studio of Red Storm Entertainment at the end of next week to provide feedback on various aforementioned topics. Nothing new so far, but in the meantime dataminer iamunkn0wn decided to not wait for new information and scanned through the game files on his own.

Apparently, he successfully stumbled upon some interesting bits regarding PvP and a DZ extension in the North, but before you continue reading, please note that none of the information below has been officially confirmed, so please take everything with a grain of salt. According to iamunkn0wn, the things he found weren’t there before and have been added with the latest Update 1.5, but all of that is still subject to change.

In the past, players have always requested a PvP arena mode in addition to the current DZ PvE/PvP experience. Maybe this could become real pretty soon as some of the localizations contain text lines which definitely sound like a separated mode where a team of SHD agents seems to be fighting against Rogue Agents while each of them is able to capture zones divided into Alpha, Bravo and Charlie:

Moreover there are hints on different in-game events that could be hosted in the future. The developers have already mentioned that there will be Double XP events, but the game files revealed another one called Contamination Event in the DZ.

There are also some new paragraphs showing communication between the player and a new NPC whose name is Kekich. These text lines could have something to do with the previously described game mode, or simply act as an additional event. It’s about securing SHD Tactical Terminals which apparently contain important data of SHD operations.

Agent, this is Kekich. Swing by when you get a chance. We’ve got these SHD tactical terminals left behind in the Dark Zone.They’re loaded with heavy duty operational data, and we need to get to that data before any Rogue agents get the chance. We’re gonna need your help with this one.

Securing SHD Tactical Terminals? Sounds very familiar if we think back to the PvP mode that was exclusively showcased at E3 and gamescom where 4 teams with 4 players each tried to extract SHD Tech at Bryant Park. It felt great, was very well balanced and made a lot of fun!

But this wasn’t all.

In case you have ever visited the Dark Zone and explored the map boundaries in the North to DZ07 where the Central Park begins, you probably have seen the one or other object directly placed behind the fence. We initially thought that Survival could extend the Dark Zone, but since that wasn’t the case, maybe 1.6 or the Last Stand DLC could be candidates for unlocking these new areas.

Speaking about Last Stand and despite the rumors some are trying to spread, there is still no confirmation on whether the paid DLC will be released together with Update 1.6, or in a separated update. Sure, it might make sense, but to avoid confusion that’s the current official state on this.

Anyway, back to topic and the Central Park. Additional subtitles could let us assume that there will be much more to explore, especially when you read about “unlocking the gates that lead north towards Central Park”.

Agent, we’ve started pushing further into the Dark Zone. We’re unlocking the gates that lead north towards Central Park. I need you to get up there to do a little recon. Let me know what you see, and stay safe. It’s not exactly friendly territory. […] Look, there’s no room. There’s just no room any more. The park is full. They can’t keep up with the dying.The transport trucks are dumping bodies outside and… and headed back for more. Jesus, I’ve never seen so much death.They have to seal it off. No one should ever see this… […] I mean if you get a decent gas mask, maybe some hand sanitizer- you could find some serious shit in there. If they can’t even bury ’em, they sure as hell aren’t going through the pockets. But that doesn’t have to stop us.

Last but not least 4 new PMC (Private Military Company) Outfits have been added in addition to the free beanies that were given away during the holidays. Current Outfit-DLCs contain 4 outfits, so chances are high that these will become available through another paid or free DLC pack. 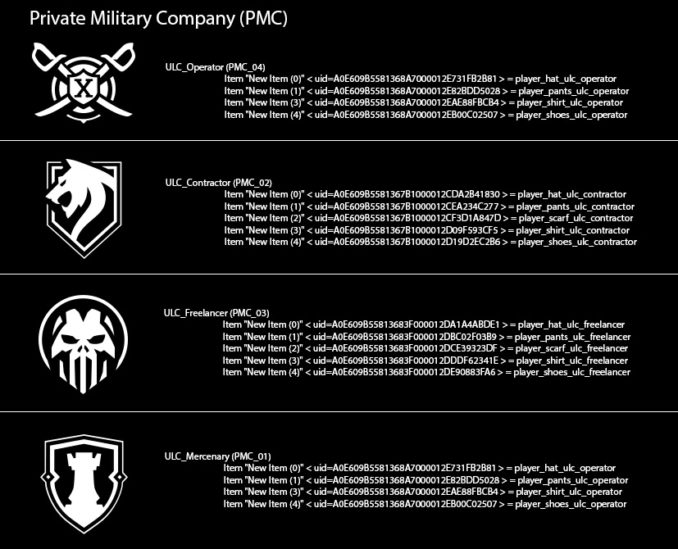 As mentioned at the beginning, none of this information is confirmed. We also don’t know which content belongs to which update (1.6, or Last Stand) or if it’s even up-to-date. What’s your opinion on that? Do you like the idea of having another, more separated PvP mode and side missions in the Dark Zone?

Discuss in Forum Leave us a comment below
« The Division State of the Game: December 22th, 2016 & Free Holiday Beanies for Everyone » Server Maintenance: January 13th – Farming Exploit Hotfix