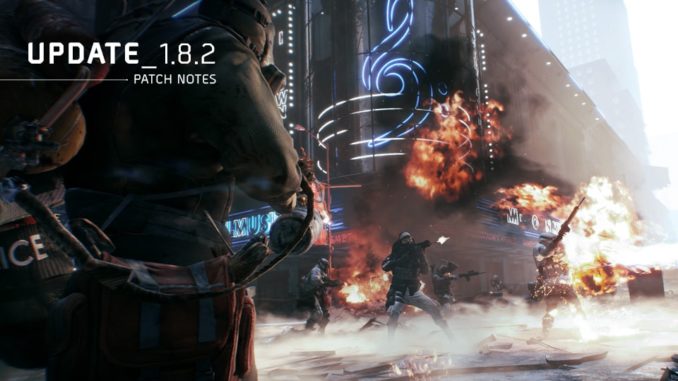 Update 1.8.2 has been successfully deployed some hours ago and without any further surprises in terms of the patch’s content. The Shields program is now finally available and starts with 4 challenges in June to unlock exclusive rewards in the first game and Tom Clancy’s The Division 2.

In addition, the Legendary mission difficulty has been enabled for the missions Madison Field Hospital and General Assembly. The patch also addresses some Gear Set related balancing issues and fixes some small issues here and there.

Find out more about The Division’s Shields program.

New Feature: Shields
Shields are a group of twelve unique collectibles that reward both long term and new players for completing challenges throughout the game. Earning a Shield will reward the player with a Shield Cache that contains a selection of valuable items and currency bundles. In addition, earning multiple Shields unlocks exclusive rewards for use in Tom Clancy’s The Division®2. The Shields feature can be found in the first tab of the Dossier. Initially, four Shields will be available for players to earn. Subsequently, an additional Shield will become available every month. The first four shields available on June 14th are:

Twelve new Patches are available – they can be unlocked by completing the corresponding Shield challenges.

Twelve new audio logs are available – they can be unlocked by completing the corresponding Shield challenges.

Discuss in Forum Leave us a comment below
« The Division Update 1.8.2: New Shield Challenges Every Month [Update] » Ubisoft Sam: Get Exclusive E3 Club Rewards for The Division & Co.