The main focus of this week’s State of the Game episode was on the upcoming The Division Update 1.8.3. Besides the developers revealing more detailed information about what has been planned for this next on quality-of-life oriented patch, agents can still expect plenty of new in-game activities such as double High-Value Target elimination rewards as well as a new Shield and a Global Event in August.

Starting with this weekend already, from August 10th to Monday, August 13th, twice the amount of loot can be earned by completing HVT contracts. In addition, the new and on the game’s Survival DLC focused Shield called “Phoenix” will be enabled during maintenance on Thursday, August 16th. Similar to the last Shield’s Underground challenges, players who don’t own the DLC (yet) will be able to experience this game mode for one week for free! 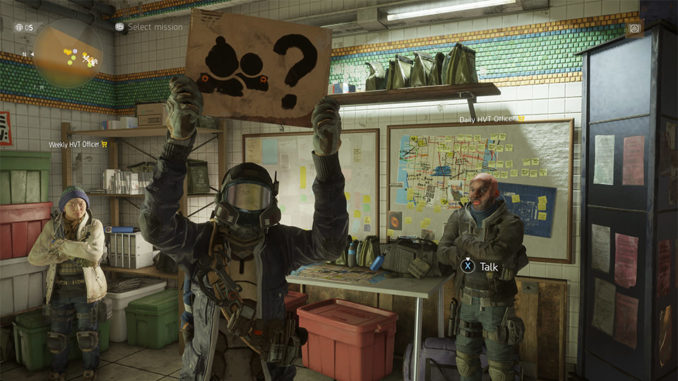 Since the new challenges will not be retroactive, new as well as old players will have to fight their way through the city into the Dark Zone and extract at least 5 items, survive for 5 hours and defeat 5 Hunters, in order to complete them and unlock the Shield’s rewards.

Last but not least, Global Event: Strike. Although the developers didn’t mention a final start date for this event yet, given the hint that it won’t conflict with the free Survival week it means that it will most likely start at the end of August, but more about this in one of the next State of the Game streams.

The release date of Update 1.8.3 is uncertain at this point as the developers want to make sure that all fixes and balancing related adjustments are in place and work well together with the rest of the game before a final release date gets announced. Therefore, no new content will be added, instead, the update will mainly fix outstanding issues such as the Running Bug in the Dark Zone and the Showstopper (no changes in terms of weapon damage or similar are expected), or the long requested balancing update for the Striker’s Battlegear Classified Gear Set.

Furthermore, players who are actively working on increasing their Commendation score might find themselves in a bind when trying to complete the Rainbow Gear commendation while having 4 characters on level 30. This commendation requires you to equip items of each item rarity, including the lowest one (white) which is, unfortunately (or luckily), not dropping for agents on max level anymore. Although there is a workaround by inviting such players to other lobbies with low-level characters or to simply create a new character, the developers would like to change these requirements to be more fitting for the end-game so that an Exotic can be worn instead of the white one.

As mentioned before, there is no final release date yet. More information and full patch notes to come. The Division 2, on the other hand, will be part of Ubisoft’s lineup at gamescom, which means that new details and maybe new footage will probably get unveiled during the time from August 22nd, to the 25th.

Discuss in Forum Leave us a comment below
« The White House as Base of Operations in The Division 2? » “Phoenix” Shield Live & One Week of The Division’s Survival Mode For Free