The Division Update 1.8.3 is Live and Survival Extended Until Monday 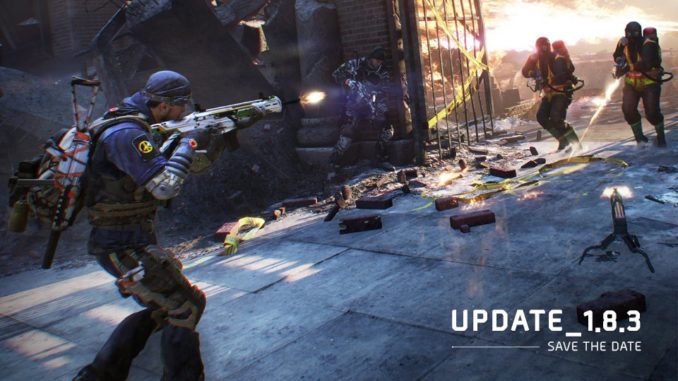 The Division Update 1.8.3 is now live on all three platforms! The changelog is not really surprising, so received the Classified Gear Set version of Striker’s Battlegear the already announced balancing update in form of an adaption of heal rate and the way stacks are maintained.

In addition, it’s no longer possible to get the full amount of instant healing when dropping and immediately destroying the Support Station. Instead, it is now based on the time the skill is active. An issue with the Showstopper has been fixed and the Rainbow Commendation should now be easier to unlock due to the changed and towards the end-game adjusted requirements.

Although the free week of Survival should have ended yesterday, the developers decided to extend it until Monday because of the server availability problems at the end of last week. This means that you have still got some days to complete the “Phoenix” Shield challenges for free.

The full details of this update can be found in the patch notes below.