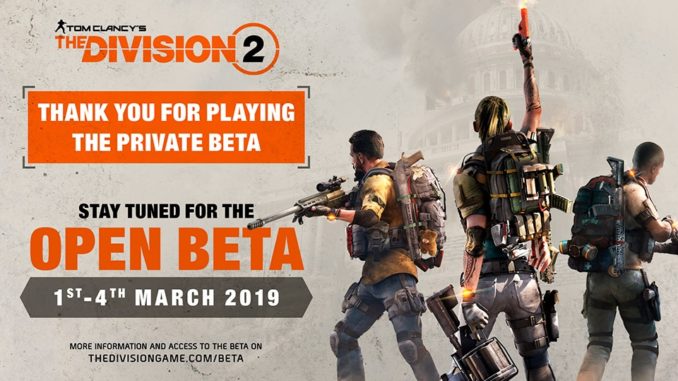 Just one day after the end of The Division 2’s Private Beta, the dev team has announced another opportunity for all players out there to try out their game in the form of an Open Beta, starting from March 1st and ending on Monday, March 4th, 2019.

This additional testing phase doesn’t require you to register or pre-order the game and helps the developers to get even more feedback before the game comes out two weeks later, on March 15th. Whether the explorable content will be the same as the one from the Private Beta or not is still unknown, but here are some facts we already know:

More information about the Open Beta start times, download size, etc. will be given out soon. Stay tuned!