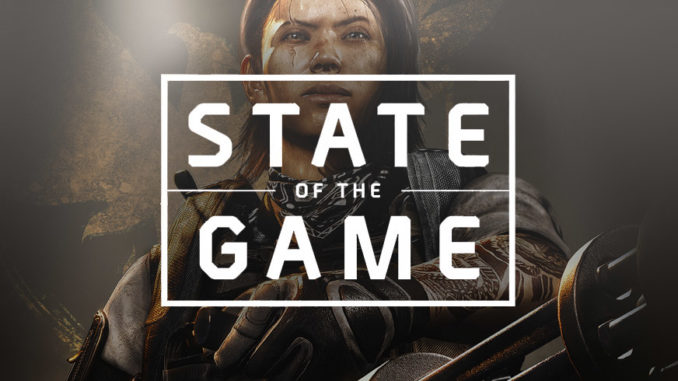 The Division 2’s Title Update 3.1 has been successfully deployed earlier this week, followed by the first preview of Title Update 4 including the fourth Specialization “Gunner,” which can now be tried out on the Public Test Server.

The latest patch with a size of 1.3 GB has fixed things like the over-aggressiveness of NPCs, the glitch with the non-retrievable Hunter Masks and Ivory Keys as well as some other loot and collectible related issues.

Title Update 4 on the PTS

Title Update 4 is now available on the PTS. Besides the following summary about the changes that have been made so far, you can also find the current patch notes further down below. It was also the main focus topic of this week’s State of the Game episode #123. 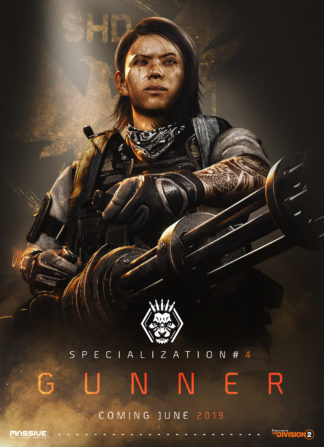 The new Specialization called “Gunner” introduces The Division 2’s first heavy weapon in the form of a Minigun and is ready to test out and play around with on the PTS for all players.

The Gunner receives bonus armor based on the amount of Specialization ammunition he or she is carrying and is furthermore specialized in tanking incoming damage for a short time while being able to suppress enemies with the Minigun. Similar to the Shield Skill, drawing the Minigun will limit the movement abilities so that entering a cover, vaulting or rolling, is not possible anymore during that time.

But, the Gunner comes with the Banshee Signature Skill, which ignores cover and causes its targets to become confused and eventually leave their cover – the perfect moment to use the new Riot Foam special grenade to trap them in place, working similar to its same-named Skill variant.

Unlike the first three Specializations, which were already available at launch, players will have to complete the newly added Special Field Research program first in order to unlock new Specializations, unless you own the Year 1 Pass.

This research consists of fives stages that come with a set of in-game challenges and objectives to earn rewards and to finally unlock the Gunner Specialization.

Even though Year 1 Pass holders will instantly unlock the new Specialization, it’s still possible to take on these challenges for additional exclusive premium rewards, including the Fisticuffs and Front Flex emotes, Charcoal and Detritus gear dyes, Rosethorn and Pineapple weapon skins, the Gunner mask and the Gunner specialization uniform.

These are the patch notes for the current changes on the Public Test Server. Any feedback is highly appreciated and can be provided in the official PTS forums.

New Specialization
Introducing the first post-launch Specialization! The Gunner is equipped with a powerful minigun and all players on the PTS will be able to test this new vanguard!
Special Field Research

Developer comment: Generic mods could be stacked in unhealthy ways and the gear mod eco system has not been in a place we are happy with and it had led to some unwanted behavior such as low-level farming for generic mods.
Missions