Named Bosses are so-called Elites, the strongest type of enemies you will encounter in Tom Clancy’s The Division. Most of the time they are accompanied by other enemies, however, you will want to focus the big fish with the yellow health and armor bar – the named one.

Farming these rare enemies is currently one of the most effective and diversified ways to obtain new (named) items and Gear Sets as a drop is guaranteed. Besides normal loot, they also drop Phoenix Credits.

Because the concept around these special NPCs wasn’t really finished at the game’s release, a glitch allowed players to farm them endlessly because there wasn’t a noticeable respawn cooldown. Especially Bullet King, a Named Enemy of the Rikers, became famous overnight and even got his own entry on Wikipedia!

Fortunately, the problem got fixed and Update 1.4 introduced a working and really enjoyable free roaming experience.

These rare mobs can be found in the Open World (also known as Light Zone; respawn every 4 hours) and inside the Dark Zone (respawn every 10 minutes), but are also seen in story missions like Joe Ferro, the head of the Cleaners. The spawn locations of all Named Bosses are marked in the map below. In addition, the arrow’s direction tells you whether they are located in the underground (down), or at ground level (up) of Manhattan.

In case you still can’t find them by using the map, you might want to have a look at the following video to get an idea for the surrounding environment. 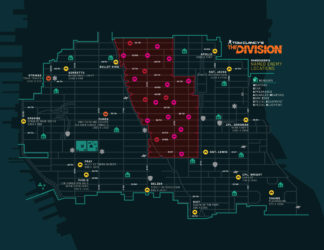 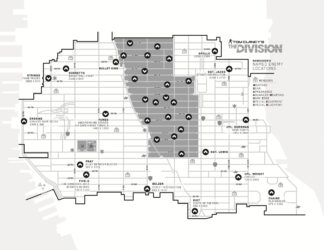 Named Bosses are also spawning in the West Side Piers, but they don’t have fixed spawn locations. However, you should be able to find plenty of them on this side of the map as well by simply playing the Resistance horde mode where waves with bosses come every now and then.

You can also download the colored and black & white edition as PDF. Full credits go to Randouken who created them.