Operation Dark Winter is the codename for an in 2001 (June 22-23) conducted bio-terrorist attack simulation on the continent of the United States, which took place under real conditions.

The simulation’s target was to assess the shortcomings during such a national emergency, should it come to a biological attack against the American people. This project served for creating preventive measures and strategies to cope with this kind of problem. Moreover, this should make the government as well the population aware of such a problem.

The scenario of Dark Winter was about a local smallpox attack on Oklahoma City. It was designed so that things were out of control soon. It resulted in an emergency to the fact that the National Security Council, on the one hand, had to focus on locating the attack-origin and on the other had to contend with the problem of the ever-spreading virus. Not being able to keep in step with the virus with such a rapid contagion rate would mean for the high rate of civilian casualties, that all emergency equipment in America would reach their limits, a breakdown in essential institutions and civil disorder.

Dark Winter has revealed how vulnerable we have become. 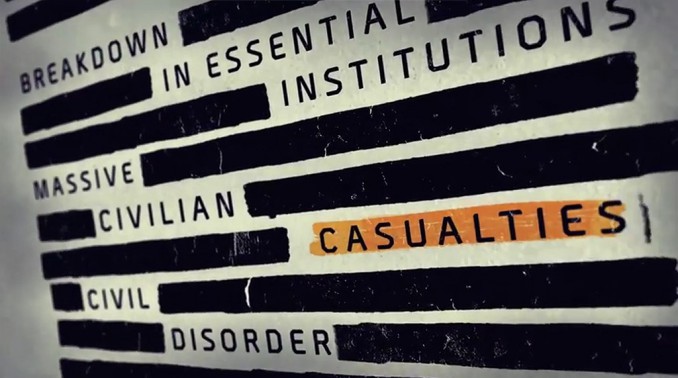 These catastrophic contingencies and the fact that many people would lose their lives have been used to demonstrate the weaknesses of the US health infrastructure, but secretly to point out that it would not be able to avert such a threat and deal with. Not to be forgotten is also the resulting stampede among the population, which would lead to a complete stop of the social apparatus, which in turn would entice people to outbreaks of violence at all ends. Also, intelligence services such as TV and radio would have enormous problems to provide appropriate security procedures for the population.

Many years later and with a retrospective to Dark Winter, a new presidential directive called Directive 51 was put into effect tacitly.