Hard Wired is a Gear Set in The Division 2 which relies on the usage of skills and boosts their damage as well as repairing abilities under certain conditions. 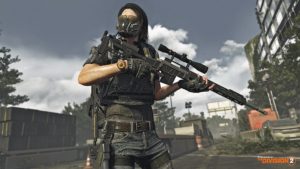 Materials of the Hard Wired Gear Set have been scattered by Black Tusk patrols. Acquire Hard Wired materials from Black Tusk Activities/Patrols/Bounties in the open world.

You need to complete the following missions on any difficulty to receive the components and unlock the Blueprints to craft the different gear pieces. Component drops are not guaranteed, which why missions may have to replayed several times to get the desired material.

Back to the Gear Sets overview.